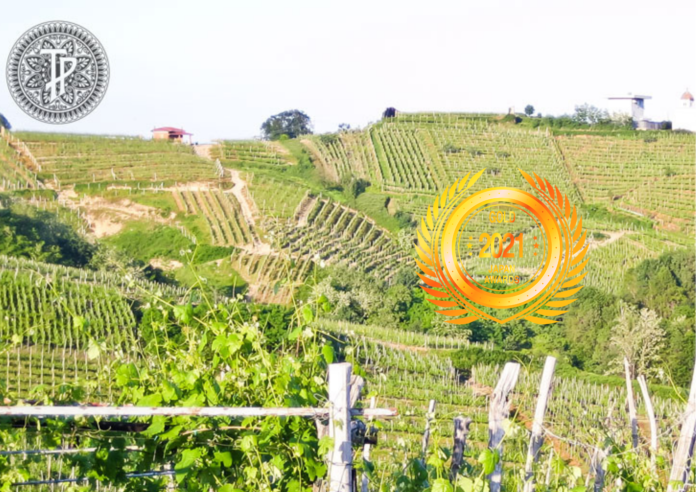 Pierino Piantavigna planted a small vineyard on the hills of Ghemme, near the seventeenth-century castle of Cavenago, in the early 1950s, which became known as “Torraccia del Piantavigna.” The company’s name, coined many years later and inspired by Pierino’s passionate life among the rows of his vineyard, is derived from the name “Torraccia” given to a hill, especially dear to the Piantavigna, of exceptional exposure and almost circular shape, located just north of Cavenago’s castle.

Another explanation for the company name’s inspiration is the appearance of the castle’s old tower, which is a true “torraccia” due to its state of neglect.

It will be Alessandro Francoli, president of the homonymous Distilleries and Pierino’s grandson, who will found the company in 1997, which has since become known in Italy and abroad for the quality of its wines, which are modern while remaining true to the region’s traditions. 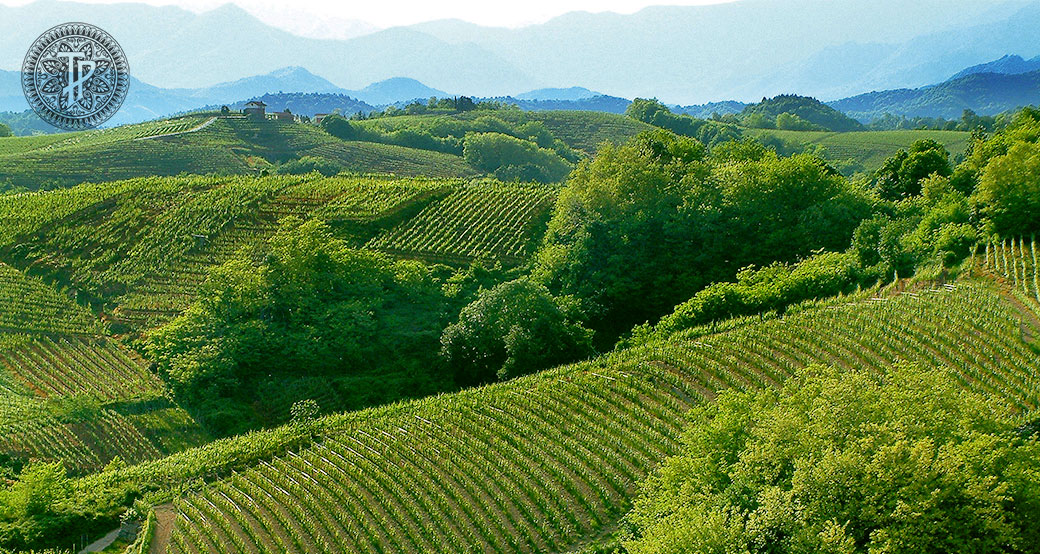 Torraccia del Piantavigna is situated in the Upper Piedmont town of Ghemme, at the foot of Monte Rosa, one of Italy’s most famous mountains. The company manufactures, refines, and bottles red, white, and high quality rosé wines directly in its cellars, with an area of 40 hectares planted with native vines of great tradition such as Nebbiolo, Vespolina, and the white grape variety as per Production Regulations.

The current generation at the helm of the business learns from grandfather Pierino’s experience not only in producing wines of consistent quality and elegance, but also in how to respect and cultivate fundamental values like Territory, Community, and Environment. Torraccia del Piantavigna won the prestigious Eco-friendly award from the Italian Touring Club in 2014, 2017 and 2018 as evidence of its contribution to environmental conservation and safeguarding.

The Francoli family still owns the majority of Torraccia, but the ownership changed on February 1, 2015, with the entry of the Ponti family, also from Ghemme and owner of the homonymous business, which is the market leader in Italy for vinegars and preserved vegetables, which has acquired a significant stake. It’s a natural progression for the group, as the Ponti family has worked closely with Torraccia since the company’s inception, leaving the management of its prestigious vineyards to a joint venture owned by the two families.

Today the story continues combining tradition and innovation, engaging in the vineyard and in the cellar to create high quality products. Now it is possible to relive this millenary history by retracing, thanks to the icons at the top, a fascinating journey that starts from the Ancient Age and which, through the Middle Ages, the Modern Age and the nineteenth century, reaches up to the twentieth century. 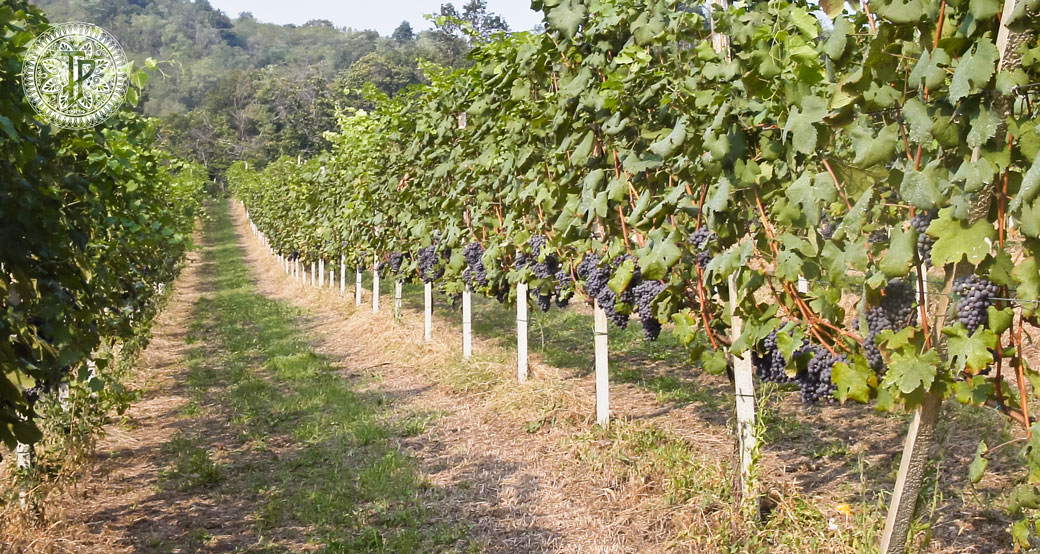 Torraccia del Piantavigna put the wine Ghemme Riserva Pelizzane 2008 – 100 % Nebbiolo this year for the first time in the market after almost 12 years from the Harvest, 10 years spent in medium size Oak barrels and a couple more in a bottle. This wine was the first CRU wine coming from the Best portion of 1 hectare of vineyard Pellizzane. The limited quantities bottles produced 2257 in bottle size 0,75, and 147 Magnum, can gave even more the feeling of the exclusivity of this wine.

“The year without winter”, so 2008 is remembered, thanks to the first quarter of the year with mild temperatures and rainfall that occurred only in the month of January. A cool and rainy spring was followed by a summer interspersed with pronounced weather-climatic contrasts, with short periods of very intense heat and cooler periods. In July, during a particularly violent storm, a whirlwind hit the Ghemme vineyards, halving their production. In August and during the first ten days of September, temperatures remained below the average for the period and began to rise again from the middle of the month, continuing into October. It was what in climatic jargon is called “Ottobrata”, that is, splendid days of warm sun alternating with cool nights:
The 2008 vintage has a very deep color compared to the traditional pale ruby ​​red, thanks to an excellent skin ripening probably favored by the climatic trend of the last month before harvest.

On the nose, hints of red fruit, citrus and spices prevail. In the mouth the wine is very full-bodied with light herbaceous hints, vibrant tannins and a fresh acidity. This characteristic is attributable to the climatic trend of the year which favored the maturity of the skins more to the detriment of the seeds from which a slightly more herbaceous tannin was extracted.

It is a still evolving wine whose tannins are rounding off giving the wine its right balance.

In this limited area there are only just over 60 hectares of fine vineyards.
The particular climatic conditions and above all the wide temperature range between day and night, due to the cold winds that descend from Monte Rosa, determine the aromatic variability of this grape.

The clayey soil and the western exposure of the Ghemme hills create a unique wine, known over the years for its richness, fullness of flavor and its tendency to enchant even after many years.

Ruby red color with orange reflections.
Delicate perfume with notes of violets and liquorice.
In the mouth the tannins are soft, but the wine retains its imprint over the years.

Although it is ready for consumption already after about 5 years, this wine has an exceptional longevity.

Gattinara is an elegant and complex wine, able to communicate decisively the balance between its important roughness and its persuasive notes.

The Gattinara DOCG terroir , of only 100 hectares of vineyards, has been devoted to the vine for over 7 centuries. The Nebbiolo grapes, on the other hand, are depicted in the fresco that adorns the door of the village church, dating back to the fourteenth century, testifying to the central role of viticulture in the territory.

The soil is the most determining element in characterizing this wine:
in fact on the hills of Gattinara, steep, closer to the Alpine chain and therefore less exposed to the fresh Monterosa current, the soil is of volcanic origin, therefore, very rich in minerals and with a pronounced acidity. As it is predominantly stony and porous, the soil favors a very rapid water drainage which can put a strain on the strength of the vine, especially during the very dry summer seasons. The result is clusters with smaller berries and with less dilution capacity than the high content of tannins present in these grapes, from which the relatively hard character of Gattinara is born.

Thanks to productions of increasing quality, this wine is now firmly placed among the most representative Italian wines, both on the domestic and international markets. Torraccia del Piantavigna contributed in part to its rediscovery and success by producing thousandths of great personality.

Do you already export to JAPAN ? If yes, where ? If no, what type of importers & distributors are you looking for in JAPAN ?

Yes we Torraccia have been for many years exported to Japan. Our importer Monaca SPA and its founder Michiko Aoyama, are perfect ambassador of our Torraccia Del Piantavigna in Japan and we are present of course mainly in Tokyo, but even in more other cities in the best restaurant and wine shops, with our wines coming from Ghemme and Gattinara, produced by our autochthones grapes Nebbiolo, Vespolina and Erbaluce .

What is the most unique and qualitative part of your products, different from competitors ?

We really would like to show the different face of Nebbiolo produced in Alto Piedmont, especially compared to the biggest and famous area of South of Piedmont, thanks to the different composition of soils (in Alto Piemonte : Volcanic and Fluvial Alluvial), reach of many different minerals, and the climate with big difference in temperature between day and night especially in summer time, and before the harvest usually we made in the first 15 days of October. We produce wines using only large cask of Slovenian oak (between 75 to 150 Hl), and medium barrel of french oak (23

Torraccia would like even show in the wines prodcution the differences of Alto Piemonte appellation and that’s why we owned vineyards in Gattinara and Ghemme DOCG and the most historical area DOC Sizzano, where we will produce our first wine coming from vineyards aged more than 100 years.

When did you start to export your brand worldwide, and what is your development plan for the next years ?

Torraccia started exporting over fifteen years ago, and thanks to the success has come in the last few years as both our winery and the DOCG’s of Ghemme and Gattinara have gained growing world recognition. We introduced for the first time our wines during the challenging 2020 in many new different markets, b side countries where the  culture of wines are already “mature”, even in others, where especially Italian wines are not still so popular,  for example South Africa, Brazil and very soon India.

Thank you very much Mr. Alessandro Guagliardi for your time ! 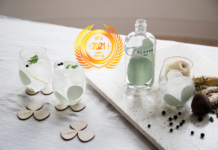 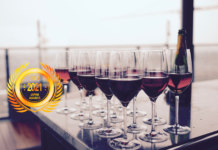 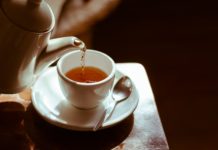 Japanese tea farm has been in the family for almost 70 years. Here’s how it’s boosting worldwide exports with technology.