In the 4th quarter of 2018, the Japanese economy expanded by 1.45%. In the same quarter, real exports increased by 0.9% which represented the fastest gain in a year. This is good news for the country which is still reeling from natural disasters. Last September, Hokkaido suffered from a large earthquake while western Japan was ravaged by severe typhoons.  One of the results was the temporary closure of the Kansai International Airport which affected tourism and overseas shipments.

But like many other countries, there is still concern regarding potential global trade protectionist policies. This is because this can lead to weaker sales off Japanese exports which can dampen growth aspirations. The slowdown in China’s economy is also affecting Japanese exports.

Another risk is the general economic weakness in Europe.

There is another potential economic risk which is the planned sales tax hike of 10%, up from 8% last October. The rationale for it is to pay for increasing welfare costs as a result of the aging population. However, this can dampen consumer spending. In 2014, an increase in sales tax from 5% to 8% paved the way for the Japanese economy to climb out from a recession. 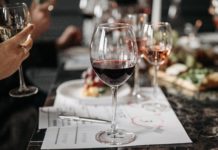 The perks of exhibiting at wine, beer and spirits trade shows + tips for a successful participation 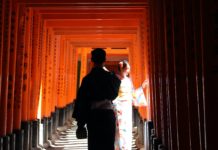