With people cooking at home more and avoiding eating out in response to the COVID-19 pandemic, supermarket sales in Japan have remained healthy. But many consumers who previously shopped every day are now ordering foods online or through weekly home-delivery services.

In mid-July, Tokyo-based Ai-land, a lifestyle media company focused on food, cooking, and recipes, announced the results of a questionnaire on online sales of food after the spread of the novel coronavirus. The majority of the 454 respondents were women in in their 30’s and 50’s.

According to the survey, 45 percent of respondents increased the number of times they purchased food online, and the same percentage said that they would increase their purchases in the future. The number of online food purchases made per month increased from before the spread of the virus by three to four times for 43 percent of respondents, by one to two times for 33 percent, and by five to six times for 16 percent.

The survey also found that in the early days of coronavirus outbreak, there was a strong demand for long-term storable foods and ready-to-eat prepared foods, but that has since abated.

The Nikkei newspaper recently reported that the Consumers’ Cooperative Federation, which already had a substantial weekly home-delivery service, was getting a large share of the home delivery food business. In March, Kobe Co-op, which operates businesses throughout Hyogo Prefecture and parts of Osaka and Kyoto, saw new applications for service rise by 20 percent over the same period last year. Besides new members, people who were members, but rarely ordered, have resumed using the service. The co-ops are responding to the increased volume by expanding their distribution centers.

According to the data released by the Japan Department Stores Association, Japan’s department store sales dropped 20.3 percent in July from a year earlier due to both the novel coronavirus pandemic and the prolonged rainy season. This was more severe than the 19.1 percent decrease seen in June, and was the tenth consecutive month of decline.

One reason for the dip was that people are staying home out of caution, but the stores have also refrained from offering bargains in order to avoid creating unsafe crowding. Clothing sales fell 26.6 percent as many people, who mostly stay home, don’t need to dress up. Food purchases at department stores also dropped, by 11.5 percent. In Japan, the basement of department stores is usually devoted to food.

Conversely, supermarket sales in Japan rose 2.6 percent in July from a year earlier, according to the Japan Chain Stores Association. Same-store sales of food were up by 4.5 percent.

Tokyo-based Sumitomo Mitsui Card Co., Ltd. reported statistical data on transactions from 15 January to 15 April made by customers using its credit cards. Partner company Custella used the data to analyze changes in customer behavior during the novel coronavirus infection period (after 28 February). It focused on cashless payments and categorized sales according to industry and the age of the purchaser.

Most industries saw a fall in payments in March – when the virus prompted people to stay at home – especially leisure facilities, travel agencies, museums, movies/theaters, and transportation.

Industries in which both the number of and amount of sales were positive in March were home centers, supermarkets, pet-related products, electronic commerce and mail order, communication services, and beauty products.

Elderly people shifted from real stores to e-commerce, a significant change in consumption behavior. The rate of increase for use of e-commerce for those in their 60’s and 70’s was higher than for younger generations, as those in high-risk groups sought to limit contacts. The authors understand this trend is not as a transient change, but an acceleration of the shift to digital purchases for all generations.

This article is recently published by By Chris Loew of https://www.seafoodsource.com/ 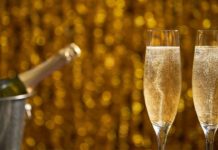 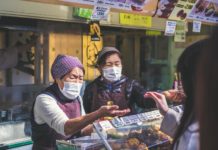