Château La Croix Taillefer is producing some of best expressions of Merlot in Bordeaux, bursting with fruit, freshness, elegance, and energy.

Château La Croix Taillefer is owned by the Rivière family, holds 5.5 hectares (13.6 acres) of land in the famed appellation of Pomerol, including some of the oldest Merlot vineyards in the Bordeaux region. The Château also owns 13 hectares (32.1 acres) in the bordering appellation of Lalande de Pomerol under the label Château Vieux-Rivière, and 16.5 hectares (40.8 acres) in appellation of Bordeaux Supérieur under the label Château Moulin de Sud. The Rivière family has been involved in winemaking in Pomerol since the 1970s, with son Romain Rivière taking over primary winemaking duties. The vineyards consist primarily of Merlot vines with the remainder Cabernet Franc and Petit Verdot. The ratio in Pomerol is 95% Merlot and 5% Cabernet Franc.

Chateau Moulin du Sud is the entry-level wine of the estate from the regional appellation of Bordeaux Supérieur. Chateau Moulin du Sud is a wine meant to be consumed young – it isn’t grown on terroir that allows for long aging. This wine is fruit forward, but still has both a good structure and pure freshness that is the hallmark of Romain’s wines.

White Bordeaux was once one of the most popular white wines in Germany. That was long ago. Today hardly a rooster crows after you. Cold fermentation, enzymes and modern cellar technology have made them too boring. Drink one, know everyone. The fate of so many modern white wines today. Uniformity instead of identity.

Semillon and Sauvignon Blanc. The classic white Bordeaux cuvée. Here, however, finally fermented spontaneously in a non-technical manner in a stainless steel tank. The spontaneous fermentation of wild yeast can be clearly felt in the fragrance. It makes the wine grassy complex and excitingly flowery, more spicy than fruity, quite demanding for the price. Remarkably salty on the tongue due to the nutrient supply of organic cultivation. Juicy and mild in the effect, mouth filling creamy on the palate. In every respect it is pleasantly different from what white Bordeaux is so often today. Dry and appetizingly bitter in taste and effect, subtly bitter due to the long contact with yeast, therefore mouth-watering and stimulating in the drink. 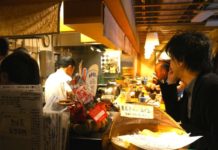 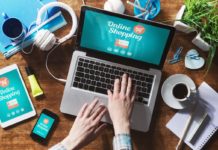 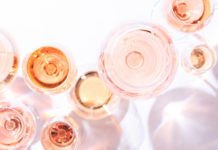